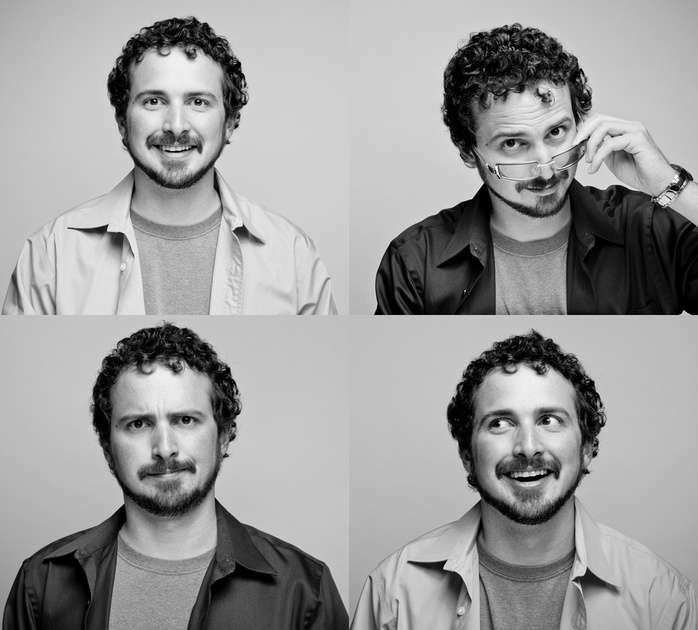 I’m calling it a pop portrait since it was inspired by my visit to the Warhol Museum.  Warhol was big on reproduction, photo booths, and flat, hard lit headshots like that one of Debbie Harry.  The reasons he liked that style were for the fact that it tended to wash out the skin so blemishes wouldn’t show and it would create hard lines that would facilitate his screen prints.

Andy Warhol also shot TONS of “screen tests” which pretty much amounted to a 4-minute slow motion film of a close-up of a person just looking into the camera.  The lighting for which was a little less harsh and direct than his headshots though.

So I took a little bit from each idea and turned it into this.  I’m not claiming to be original.  I’m sure I’m not the only one who’s ever thought to arrange 4 portraits into 1.  I’m just telling you where I got the idea to do it and why I appreciate the way it looks.  If you like it too, I’ll be happy to accommodate.  And if you’ve got the wall space, consider getting a series of individual prints.  Or do the whole family like in The Jonses. 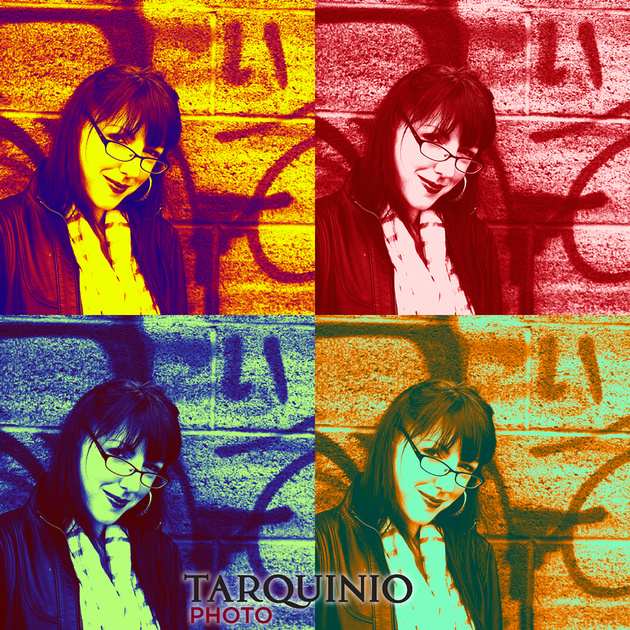