Amanda’s a wife, a mother, a runner, and a success story.  She’s about to reach a personal milestone and she wanted a commemoration. 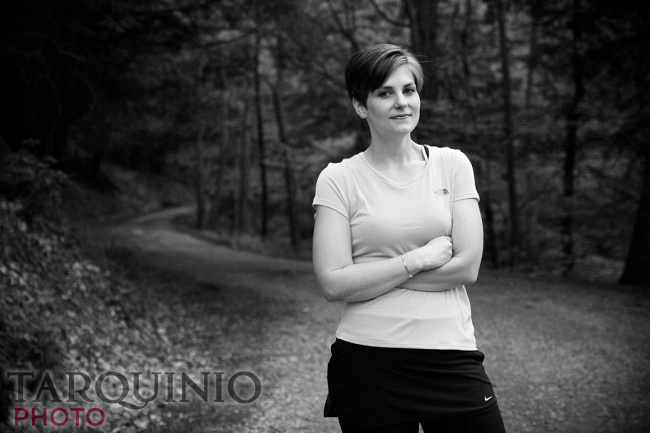 End of the rough, windy road.  Out of the woods.  The angle’s chest height, forcing her to look down at you which makes her stronger.  Taking away the color forces you to take in the form instead of be distracted by the color and, in my opinion, allows you to see deeper into the photograph.

The other thing the black and white image does… 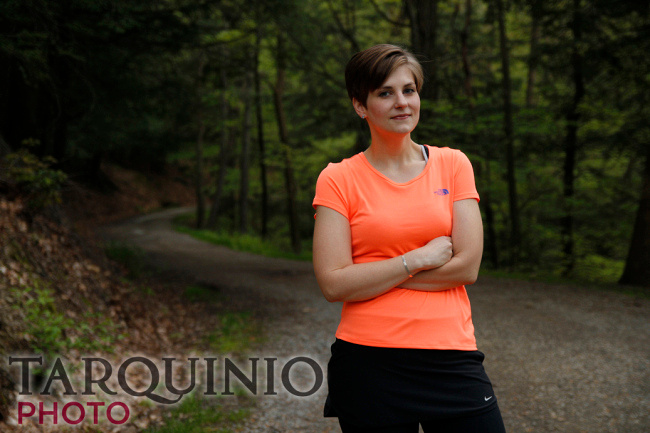 It gets that unsightly orange reflection off her neck. 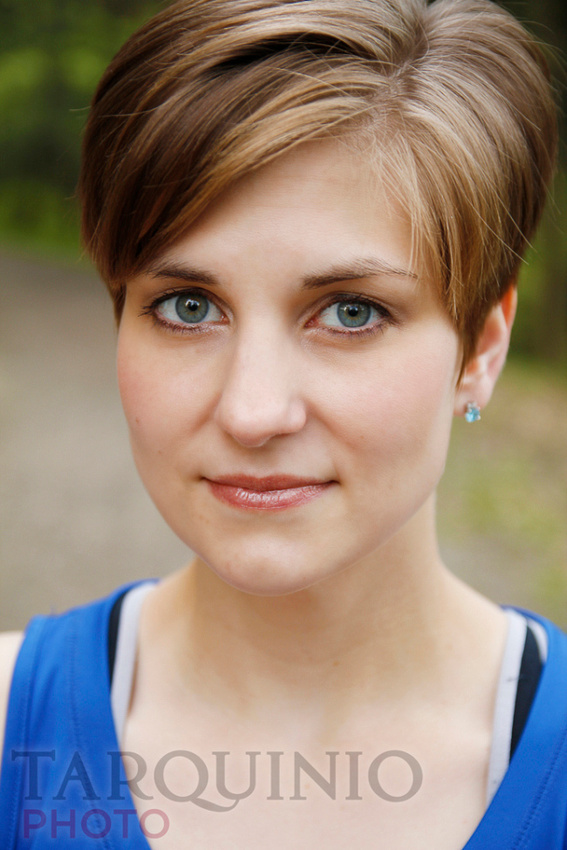 Just a close-up, you think?  Look harder into her eyes.  Those are eyes that have been through a lot.  Less than a war, but more than just having a couple of kids.  They don’t presume to tell a story deeper or harder than yours, but they’ve got their story just the same.  And I’ll tell you it’s more inspiring than mine.  I won’t show you the before picture because I really didn’t do much more than sharpen it a bit.

Toward the end of our shoot, the sun was coming up around a bend in the road so we shot over there.  There were a bunch of different shots and they were all gorgeous.  I worked on the worst looking one just to see if I could bring anything out of it and it ended up being my favorite of that series… 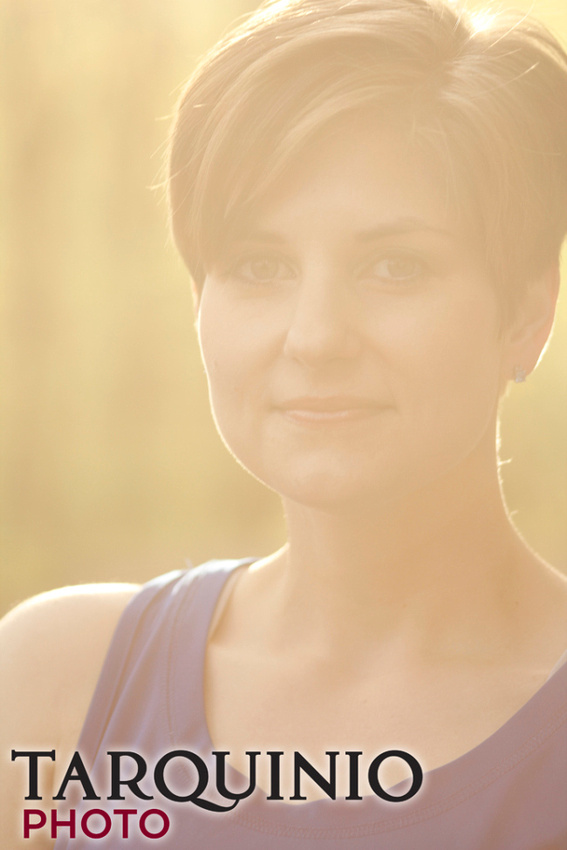 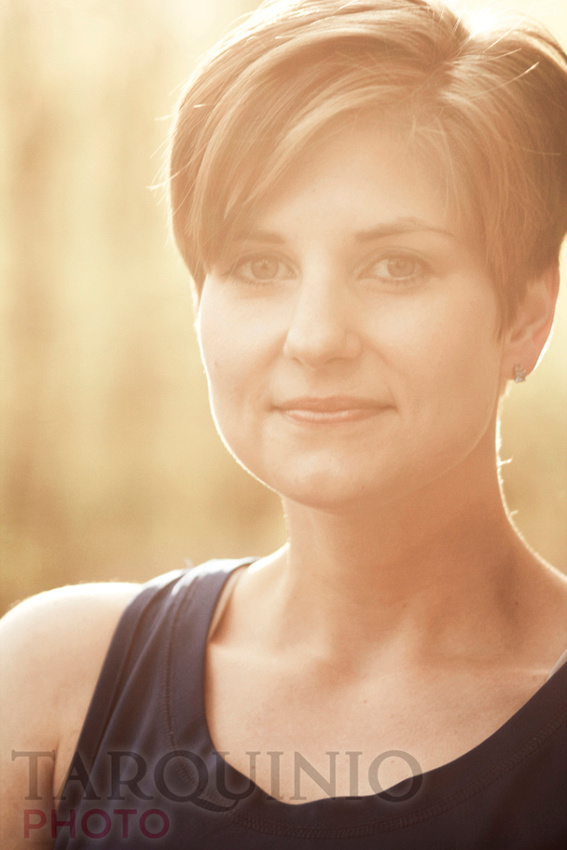 Sun flare all over my lense gave a vintage kind of wash to it, so I went with that.  I brought the contrast up and sharpened it a bit, but I kept the darkest parts from going all the way to black.  Doing that kept everything in line with a vintage film look.  For those of you too young to know what film is, it makes it all Instagram-y.

In all, in under 2 hours, we took I think around 115 pictures.  Came out with around 30 I considered good enough to keep.  She spotted one I missed.  I made corrections and touch-ups to about 6 or 7.  I think the post production (sorting, uploading, editing, uploading) took about 3-4 hours.

Unrelated,did you know I have some artwork for sale?